How to reach (almost) every Internet user

How to reach (almost) every Internet user 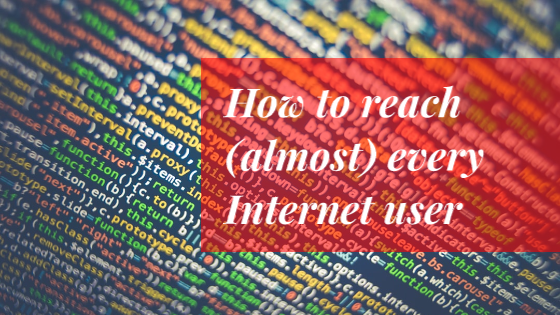 Have you ever wondered what it would take to reach all Internet users everywhere? Without a shadow of a doubt, it would mean a lot of translation work! But how much, exactly? Fortunately, we don’t have to speculate: a paper published by Common Sense Advisory (CSA) provides the answer! 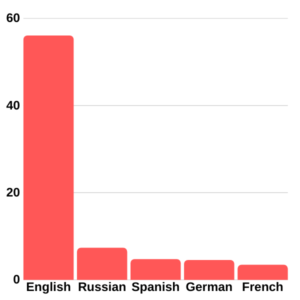 Before we take a look at the data presented by CSA, let’s think for a moment about the languages that are in use on the Internet. Did you know that a whopping 85% (actually 85.8%) of the entire World Wide Web is written in just nine languages? And among them, there is one clear leader. Yes, it’s English, with an astonishing 56% of the web coverage.[1] The second most common Internet language (far behind English) is Russian, with just over 7%.

Might another language one day surpass English? In our opinion, it’s unlikely, at least in the foreseeable future. Now let’s take a look at the CSA infographic: 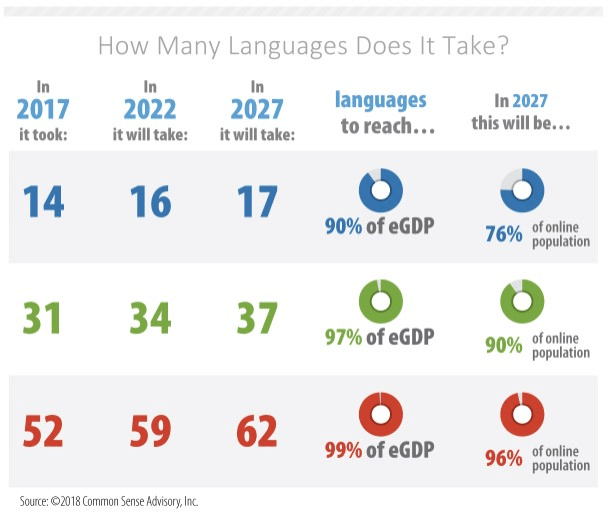 This graphic was published in 2018, but we can concentrate on the predictions for 2022 and 2027. According to CSA, it will take 34 languages to reach 90% of the online population in 2022, and 37 languages to achieve the same goal in 2027. If you want to reach 96% of the online population in 2022, it is estimated that you will need 59 languages; in 2027, you’ll need in 62. We reckon that’s due to the growing informatization of developing countries. Nonetheless, that’s undoubtedly an enormous amount of work—and 4% of Internet users will still remain unreached!

According to our estimation, this last 4% of internauts speak more than 100 different languages. Perhaps no one can tell exactly how many. However, if you want to go far and wide with your offer or content, English is your best bet. Even though it has only around 380 million native speakers, it’s still the most common language on Earth, with about 1.3 billion users.[1]