Business links between Poland and the Scandinavian countries

Business links between Poland and the Scandinavian countries 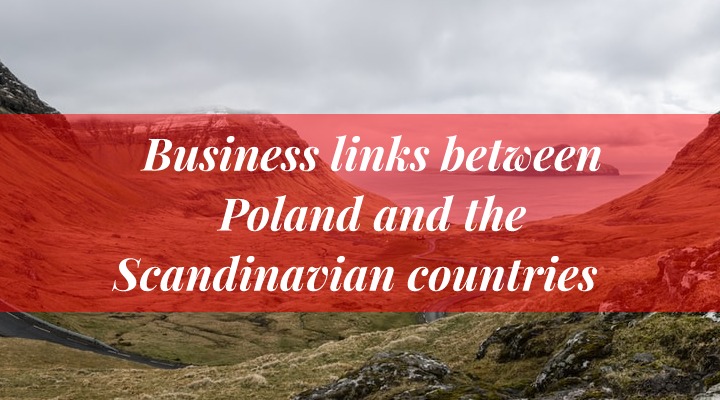 Today, we want to tackle not one but three countries that cooperate with Poland: Norway, Sweden and Denmark – the major Scandinavian countries*. Naturally, the economic cooperation that Poland enjoys with these countries is on a much more modest scale than, for instance, with Germany or the United States. That’s mainly because these markets are significantly smaller. So, what do business links between Poland and these Scandinavian countries look like? And what languages are spoken there? Let’s find out!

Today, the two countries cooperate in such areas as:

Nowadays, Polish–Swedish relations are multi-dimensional: they are developing at the EU level, within the framework of Baltic cooperation, including the NB8 (Nordic–Baltic Cooperation) and V4 (The Visegrad Group) format. And did you know that since 2016, there has been a Polish–Swedish parliamentary group in the Polish Sejm (Parliament)?

ECONOMIC COOPERATION BETWEEN POLAND AND SWEDEN

Both Sweden and Poland, as Member States of the European Union, co-create the EU internal market and are subject to EU regulations in this area. Economic cooperation between Poland and Sweden is gradually increasing. In 2018, the value of mutual trade was approximately 32 billion PLN. The value of Polish exports to Sweden in the same period was approximately 19 billion PLN. An upward trend was also visible in imports from Sweden, which accounted for slightly over 13 billion PLN.

So, what are we exporting to and importing from Sweden? In fact, both these groups (our exports and imports) comprise the same types of products:

We jump from the largest Scandinavian country to the smallest one in terms of population. Only 5.43 million people live in Norway.

Generally speaking, Norway (like Iceland and Liechtenstein) has access to the EU’s internal market even though it is not an EU member, in exchange for supporting less wealthy EU countries. Since Poland’s accession to the EU in May 2004, economic cooperation with Norway has been implemented on the basis of the Agreement on the European Economic Area (EEA).[5]

ECONOMIC COOPERATION BETWEEN POLAND AND NORWAY

According to data provided by the Polish government, the shipbuilding sector plays a crucial role in trade between Poland and Norway. Apart from the shipbuilding sector, Poland imports primarily raw materials: fish, raw aluminum, iron alloys, fuels and products of the chemical industry. Export from Poland includes materials for the construction sector, equipment and machinery, buses and trucks.

However, we have to note that data provided by the KUKE organisation (from 2019) indicates something else:

The value of Polish exports to Norway is now slightly over 11.6 million PLN. Imports from Norway are valued at 9.77 million PLN.

The last country on our list. Poland and Denmark are close partners in the EU and NATO. After 1989, Denmark consistently supported Poland’s integration with Western world structures and provided expert assistance in the transformation process. Today, there is a well-developed political dialogue between these two countries.

ECONOMIC COOPERATION BETWEEN POLAND AND DENMARK

So, what are we exporting to and importing from Denmark?

The Scandinavian–Polish Chamber of Commerce

Currently the largest organisation that promotes cooperation and business relations between Polish and Scandinavian companies, the Scandinavian–Polish Chamber of Commerce (SPCC) brings together over 400 members and is one of the largest bilateral chambers in Poland. The organisation’s main areas of interest are:

The translation market and languages spoken in the Scandinavian countries

The translation industry in the Scandinavian countries is very fragmented. Several large companies dominate the industry and supply translation services to both the public and private sectors. There are also a large number of small and medium-sized companies with more or less specialised services. In Sweden, for instance, lots of translations are ordered by Swedish authorities and the EU Commission. This is mostly due to Swedish immigration policy.

Sweden has just one official language: Swedish. Other regional languages and dialects include South Swedish, Götamål, Svealand Swedish, Norrland and Gutnish. The most widely spoken foreign languages in Sweden are:

Interestingly, Norway’s official language has two different forms: Bokmål and Nynorsk. Minorities speak Kven (a form of Finnish) and Romani. It is estimated that over 80 per cent of the country’s population speaks English.

The Kingdom of Denmark has only one official language: Danish. Faroese and Greenlandic are officially recognised regional languages. In terms of foreign languages, a large majority (about 86 per cent) of Danes speak English as a second language. Other popular languages are German (about 47 per cent) and Swedish (about 13 per cent).

If you are interested in ordering translations from any of these languages into Polish – you’re in the right place! Drop us a line and see what we can do together!