Business ties between Poland and the UK

Business ties between Poland and the UK 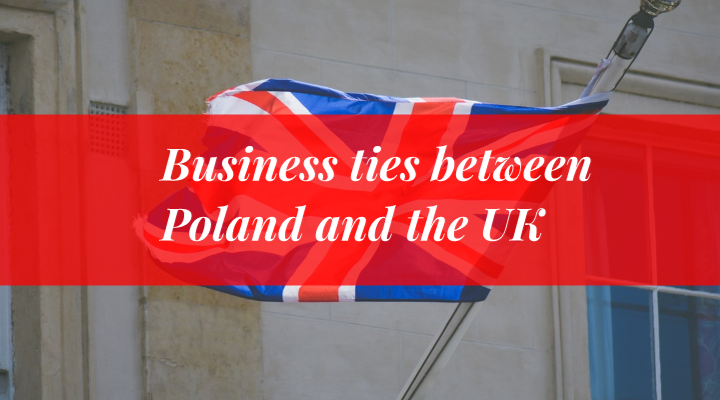 Today, even with Brexit in progress, Poland and the UK maintain close economic and trade relations. In fact, with trade turnover having grown systematically since the 1990s, the UK is now Poland’s third most important trade partner. The bilateral cooperation between these two countries has solid historical roots and continues to flourish today.

Over the years, Poland has received significant support from the British Government. The UK offered help in reducing Polish foreign debt and advocated for Poland in its process of joining the European Union. Collaboration between Poland and the UK has strengthened since 2004 when Poland joined the European Union and the UK was among the first EU members to open its labour market to Polish citizens.

After the global financial crisis of 2007–9, both Poland and the UK supported efforts made to strengthen the European economy.[1] Shortly afterwards, the UK became the second biggest export market for Polish goods and services. Currently, there are about 60,000 businesses established by Poles operating in the UK. Poland also receives vital British foreign direct investments (FDIs). The value of British FDIs in Poland is more than 10 billion euros, making the UK the sixth largest investor in Poland.

British exports to Poland have doubled since 2006. Poland and Britain cooperate in a number of areas, including innovative technologies, digital economy, fintech, support of the service sector, scientific exchange between Polish and British universities, especially in the area of research and development, and the exchange of experiences in support of small and medium enterprises.

One of the most important elements in Polish–British cooperation is the British Polish Chamber of Commerce (BPCC), which has been active in Poland since 1992. The member companies of this organisation (currently 300+) represent almost every sector of the Polish economy: manufacturing, retail, financial services, healthcare, as well as B2B services – consulting, legal services, real estate and human resources.

Today, one of the BPCC’s primary goals is to network and support business relationships between Polish and UK companies, and support UK investors and integrate them into the Polish market.

The crucial facts and figures

The same report shows the main areas of cooperation between Poland and the UK: 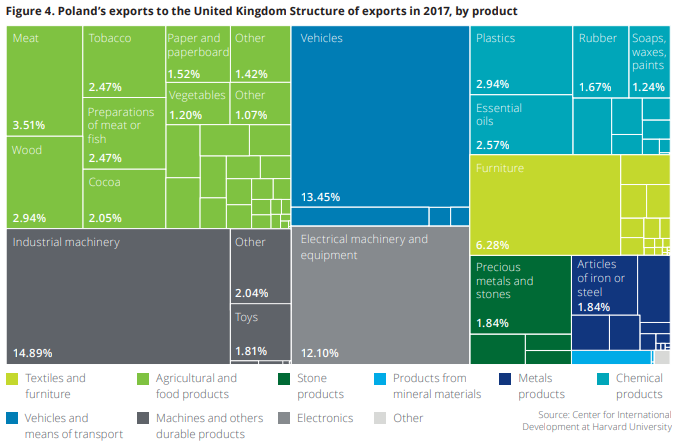 Poland exports mainly industrial machinery (14.89%), vehicles (13.45%) and electrical machinery and equipment (12.10%). Interestingly, trade in the opposite direction is quite similar! 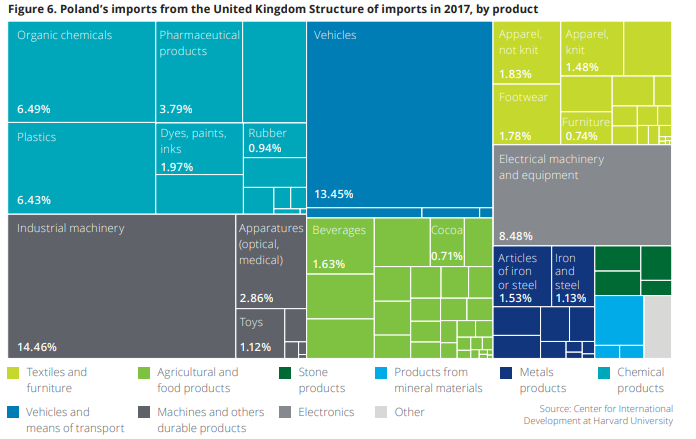 Poland imports chiefly vehicles (13.45%), industrial machinery (14.46%) and electrical equipment and machinery (8.48%). No wonder that Deloitte called this cooperation ‘an exceptional and enduring partnership’.

The translation market in the UK

According to the Association of Translation Companies, the UK market is the second largest localisation and interpreting market in the world, with more than 1,600 LSPs (Language Service Providers) based there. However, the market is mostly defined by several large translation companies: the UK’s four largest LSPs comprise 65% of the total market and have benefited from unique differentiators.

Sectors that generate the largest income among British translation companies are as follows:

As the ATC reports, the UK market meets the Pareto principle: 20% of the largest companies are responsible for around 80% of the revenue. This means that consolidation in the UK has reached a more advanced stage because, in most countries, the language services sector is less concentrated, and large providers typically generate 30% or less of total revenue.[3]

At Aploq, we willingly cooperate with British LSPs and companies. We are also an associate partner of the ATC. If you are interested in ordering English–Polish translations, we are at your service. Naturally, we can also provide translations into Polish from other languages used in the UK – and there are quite few of them:[4]

Every member of the Aploq team is a Polish native speaker, so we are well placed to help you kick-start your business in Poland!