Business ties between Poland and the Czech Republic

Business ties between Poland and the Czech Republic 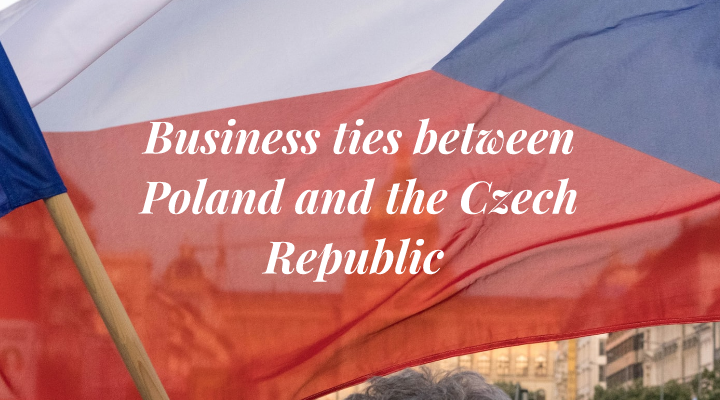 The export of Polish goods to the Czech Republic from January to April 2019 amounted to almost 20 billion PLN.[2] This level of exports was exceeded only by exports to the United Kingdom (20.2 billion PLN) and Germany (88.2 billion PLN).

So, what are we exporting south? Primarily food. As ČSÚ (the Czech Statistical Office) reports, in 2018, the Czech Republic purchased 1.5 million tons of food from Poland.[3] This was an increase of 80 tons compared to the previous year, which makes Poland currently the largest exporter of food to the Czech Republic. We also export machines, electrical equipment, base metals, cars and planes.[4]

And what are we importing from our southern neighbours? Actually, the range of products is exactly the same, but we primarily import cars, especially Skodas – an internationally known Czech brand. In 2019 alone, Poland sold more than 67,000 of these Czech cars.[5]

There are two organizations that focus exclusively on business cooperation between Poland and the Czech Republic:

In 2014, the European Regional Development Fund, Interreg Europe, announced a new initiative between Poland and the Czech Republic.[6] The programme is scheduled to be completed by the end of 2020. Its primary purpose is to strengthen ties between these two countries and increase the attractiveness and accessibility of areas near the Polish-Czech border. More than 60 per cent of the programme’s funds are used to support the natural and cultural development of the ties between the two countries.

The translation market in the Czech Republic

There is one main organization that represents the translation market in the Czech Republic: the Association of Czech Translation Agencies (ACTA). Along with translation-company associations in Austria, Hungary and Slovakia, ACTA has become a founding organizer of the translation-industry conference Meet Central Europe. The event provides a unique platform for annual meetings held by translation companies and translators from across Central Europe. At Aploq, we regularly participate in these meetings.

Currently, ACTA has just eight members. Among them is Skřivánek s. r. o., one of the largest translation companies in Europe. Skrivanek was established in 1994 and currently has branches in 17 countries, including the United Kingdom, Germany and the United States. Skřivánek is one of the LSPs that we regularly collaborate with!

If you are interested in ordering Polish–Czech translations, just drop us a line. We are also at your service should you need to translate texts written in any of the minority languages spoken in the Czech Republic.