5 things you didn’t know about Polish 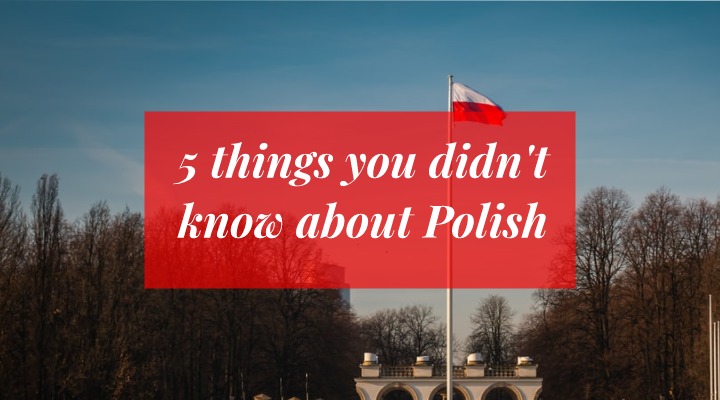 Today, we want to leave translation for just a brief moment and concentrate on our beautiful (although extremely complex to master!) language. Polish, like any other language, has its secrets and interesting facts that you’ve probably never heard of before. Today, we want to reveal at least some of these facts. Let’s take a fascinating trip to discover Polish even further!

What do you know about the Polish language? Do you know how many people speak it, and where they live (apart from Poland, of course ;-))? Do you know why it’s so complicated and challenging to master by foreign learners? Do you want to learn the answers to these questions? Good! Today, you’re in for a treat because this is exactly what we are going to do! Let’s cut right to the chase!

Why is Polish so difficult to learn?

When it comes to our language, this is by far the most common question people ask. So let’s deal with it once and for all! In February 2021, The Babbel Magazine published a list of the 6 hardest languages for English speakers to learn. Polish is the third listed language, surpassed only by Mandarin and Arabic. Why? Let’s let the Babbel Magazine answer this question: [Polish] Words are loaded with consonants, which makes them difficult to spell and pronounce. And that’s just the beginning!

Furthermore, there are some additional letters in the Polish alphabet (ą, ć, ę, ł, ń, ó, ś, ż, ż.), and digraphs are very common, too. Digraphs consist of pair of letters used together to represent a single sound. For example, in English, we have “sh”. In Polish, there are more of them: dz, dź, dż, rz, ch, and more. All of that makes the whole learning Polish endeavour even more difficult.

The result? Even Poles can’t speak Polish very well. We make a lot of linguistic errors, especially in everyday communication.

Where can you find people speaking Polish?

According to Wikipedia, there are over 50 million Polish speakers around the world. That’s quite a lot – more than, for example, Finnish or Estonian speakers worldwide. Obviously, the majority of Polish speakers are in Poland, but there are some other countries and regions when you can find quite a lot of people speaking Polish. By the way, did you know that there is a specific term for people of Polish origin living outside Poland? They are called Polonia, which can be translated to Polish diaspora. 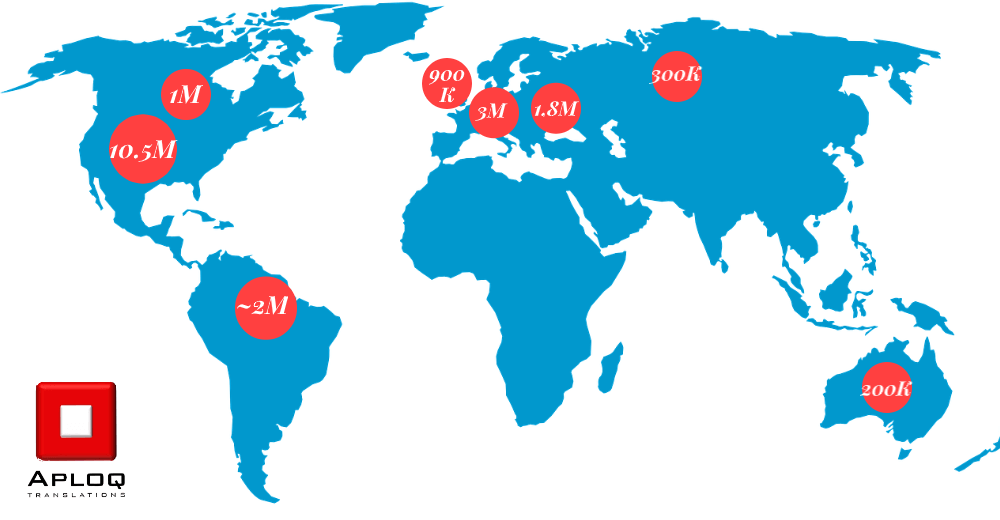 There are five countries with major Polish diasporas, and these are:

During our research, we’ve managed to find at least 8 words used in English that have Polish heritage. Here they are: 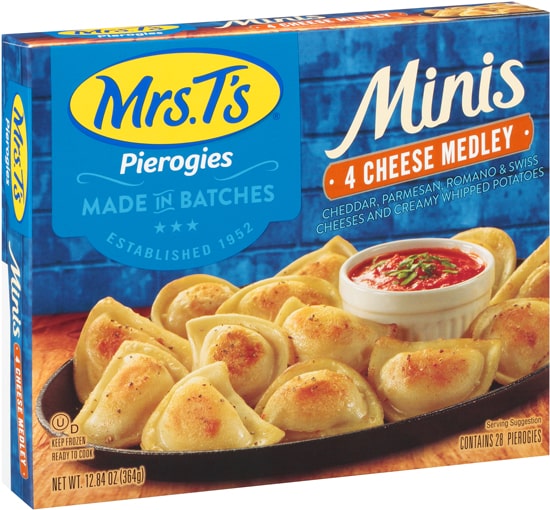 If you want to discover the origin of each of these words and find out what they mean in Polish, take a look at this blog post about Polish words in English.

Do all Poles speak the same language?

The answer is yes and no. In general, the Polish language in its standard form is quite uniform. It doesn’t matter where you live; if you speak Polish, you will be understood in the entire country. Children learn the same Polish in every primary school. However, Polish has several dialects as well. Five of them, actually:

However, we have to emphasize that none of these dialects is considered a separate, let alone official, language. Yes, there are some regions where you can hear a specific dialect, especially in villages and small towns, but you can still use standard Polish to communicate, and you will be understood.

Interestingly, Ethnologue.com does recognise Kashubian and Silesian as separate languages in Poland. Both these languages are a part of Lechitic languages (Indo-European-› Balto-Slavic-› Slavic-› West-› Lechitic).

*- You can think of voivodships as of provinces or states, just like in the United States, but there are some differences. For example, all voivodships have the same law regulations.

Yes, Poles love diminutives! We diminutise everything, from names to objects and brands. A few examples to show you what we mean:

And believe us, there are many, many more examples.

Polish is both fascinating, flexible, and challenging. But no worries! We are here to help. If you want to enter the Polish market, start selling your products here, or just want to reach Polish customers, we are at your service! The Aploq team will gladly help you with your Polish translation project. Just drop us a line, and tell us something more about your idea!