What is localization and why do you need it? 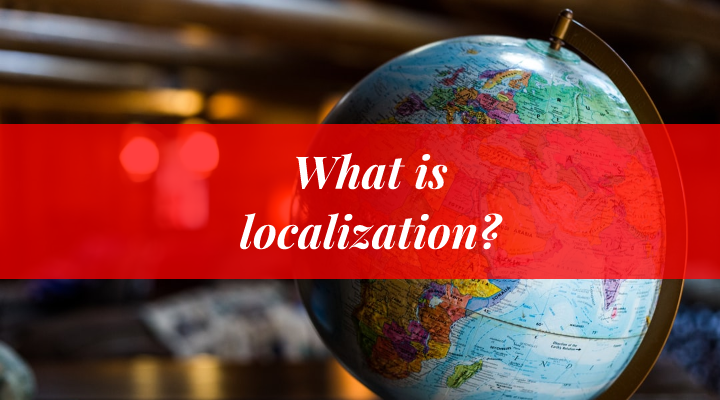 If you order translations, it’s usually advisable to order localization as well. And what’s the difference between these two services? Why? Isn’t translation sufficient? To make this whole subject even more complicated, there’s also transcreation. These different terms can cause a bit of a headache, but don’t worry, we’re about to clarify what they mean.

Generally speaking, when you contact the translation agency with a text you need to translate, you have three options to choose from:

Although strictly speaking, all of these services involve the same thing – translating content from one language to another – there are some major differences between them. Understanding these three services, will help you decide which of them you need when.

The translation is the simplest service you can order. It’s the process of rendering text from one language into another so that the meaning is equivalent.

In fact, in many instances, this will be perfectly sufficient, especially when you’re translating official documents (so-called sworn translations), when each word has to be correctly translated and that’s it. But there are times when you need something more, and this is where localization comes into play.

Localization is a much more comprehensive translating process that addresses all the cultural and non-textual components of the translated text, as well as other linguistic issues. When localizing text, we take into account not only the content that needs to be translated but also the needs of your target audience. This means that our translations are adapted to the cultural and social context, as well as other specific conditions in a given country. Thanks to the localization service, the translated texts sound natural, are easy to read and correspond to everyday forms of communication.

To give you a couple of examples:

Localization plays a key role when it comes to the differences between American and British English. As you’ll know, if you’re a regular reader of our blog posts, there are lots of differences between them, not only in pronunciation but in spelling and vocabulary as well. For example, the British call the metal box that contains gears in a car a gearbox, while Americans would call it a transmission.

To sum up, localization is the next level of translation. It takes non-linguistic conditions into consideration and makes translated text sound natural to native readers. Whenever possible, we try to translate jokes, local references and recognizable characters. For instance, when localizing with American readers in mind, Polish Ferdynand Kiepski becomes Al Bundy.

Transcreation is a combination of typical translation and creation – designing something new. This service is particularly important in business and marketing, when you’re translating the company’s name, claim or advertising slogan, for instance. What sounds good in one country doesn’t necessarily work in another. This is where transcreation comes into play.

Here are a few examples:

As you can see, transcreation is immensely important. It allows you to enter the foreign market without evoking adverse connotations.

So, which service you should order? That depends on several elements, especially the text’s purpose. If you want to win the foreign market, and promote your company, you should definitely choose transcreation and localization. If you have any doubts, feel free to ask! Our team will always guide you through available possibilities. Go straight to the contact section!