Do Poles really have a sense of humour?!

Do Poles really have a sense of humour?! 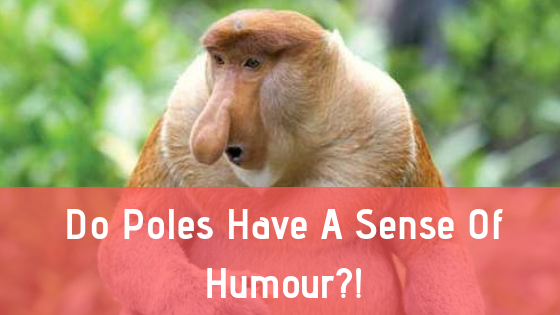 If you’ve been lucky enough to travel to Poland…

Sorry, let’s start again. It doesn’t matter if you’ve been to Poland or not – you’ve probably heard the stereotype that us Poles don’t seem to have a sense of humour. And if you take a look at our blog posts over the last few weeks you’ll probably agree – we really must look like dull and boring business people! Even though people seem to think that Poles are a bit on the dull side, we don’t really understand why. Which is why we’re going to engross ourselves in a bit of shameless Polish Pride this week and take a look at Polish jokes, the whole Polish sense of humour issue, and share what really makes us laugh and talk about some Polish jokes.

Even though Polish and Czech are pretty similar, there’s something about Czech that Polish people find hilarious. Apart from the obvious false friends, us Poles will tell you that Czech sounds like they’ve “cutened” everything, and it sounds kinda like pixie talk.

Keeping with the language theme we’ve got going on at the beginning, the Silesian dialect is something that’ll unite Poles from around the country in laughter.

Believe it or not, proboscis monkeys are making the rounds on social media, and are a really popular meme format! 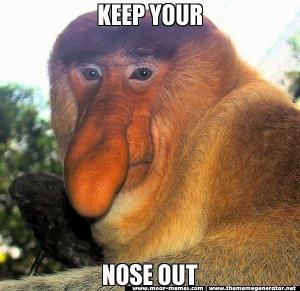 Come on though…you have to admit they are funny!

Do Polish people practice their English watching American films? Nope! They practice their English on Slav forums talking to other Slavs about Slavness. Those of you from this side of Europe will totally get what we mean, but for the “Western Spys” out there reading this, there really isn’t anything better than having a laugh at the weird behavioural traits us Slavs all seem to have in common (like queuing up at the supermarket because flour is 1 cent cheaper in the sale!).

Suchary is basically our equivalent of a Dad joke – something that’s only funny because it’s oh so bad. Plus as linguists, we love the word play usually used in these types of jokes.

You’re meant to respect your old presidents, right? Well, not here! We love turning ex-president Aleksander Kwaśniewski into alcohol-related memes. He did bring it on himself though by turning up to official business drunk a few times…

You’ve got to have heard of Donald Tusk, president of the European Council. He’s got himself his own “little” fan page on Facebook dedicated to his amazing English! Hehe.

A German, A Russian, and a Pole

We don’t hold grudges, but we do love jokes that start A German, a Russian and a Pole. No idea what major world “event” could have inspired these, though!

Those of you with kids will know just how much mum brain effects you. Did you know it’s become a bit of a pandemic here in Poland, though? Some mothers have started coming up with such dumb things that really make you question human intelligence (which is why they even have their own special name), but in return give us a good laugh!

So…have we persuaded you that we do have a sense of humour? And that Polish jokes aren’t that bad? If you have any favourite jokes or anything humour related, please let us know, we’d love to hear your thoughts!