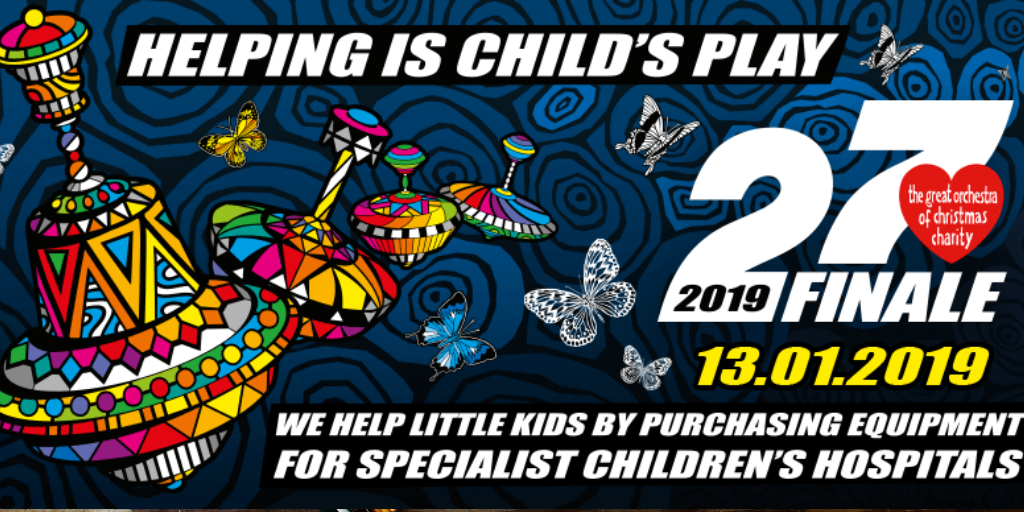 At Aploq, we are always eager to get involved with charitable causes that we’re passionate about. This year, we’ve been working in partnership with The Great Orchestra of Christmas Charity to raise vital funds for medical equipment in Poland.

Those of you who follow the news have probably heard about the tragic event that happened at this year’s event. While closing the event with the “Light to the Sky” finale, Gdansk Mayor Pawel Adamowicz was stabbed to death in front of thousands of people and hundreds of cameras. For us, it’s really hard to put into words just how heartbroken we are. The whole of the country is in shock at losing the dedicated mayor whose last words were just how much he loved his city and his people. This charity event brings the whole country together, celebrating the good in people, so for such an attack to happen on such a night, there really are no words to explain how Poland is feeling.

We thought about not sharing this post, but after careful consideration, we really wanted to carry on the spirit of the event. It’s all about what’s good in the world, and the sick children who need life-saving equipment. So, in memory of Pawel Adamowicz, here’s some more information about the event he so lovingly supported, that we’re even prouder to support today.

Established in 1993, the GOCC hold annual finale fundraisers in aid of a specific medical objective, such as equipment. Although the fundraiser was intended to be a one-off event to raise money for a cardiac surgery ward at the Children’s Memorial Hospital in Warsaw, the event was such a success that it not only provided funds for the cardiac unit in Warsaw, but the money was divided between all cardiology units treating children in Poland.

How Does the Fundraiser Work?

The annual Grand Finale fundraiser takes place on the second Sunday of January and is a one-day event. Poland’s team of over 1700 local and international collection centres manage the collection of funds, organising the work of 120,000 volunteers! People can also support the charity by making online and mobile transfers as well as participating in charitable auctions via Allegro, with the chance to win a whole host of great prizes!

What Happens at The Grand Finale?

The Great Orchestra of Christmas Charity arrange for their orchestra to play around the globe in Polish communities abroad, and of course right here in Poland! This music can be heard from America to Australia, Japan to Europe and even at the North Pole! However, there are even more activities on the day such as events and challenges designed to bring people together for a great cause! One of the highlights of the day is the ‘Light to the Sky’ display, a light show to celebrate the community and brighten the sky with the charity’s message. Later in the evening comes the much-anticipated auction where items are auctioned during a bidding war, broadcast live during the telethon!

How to get Involved

You can get involved with this fantastic event in several ways. The Great Orchestra of Christmas Charity have collection centres around the world that work on a purely voluntary basis. They also recruit volunteers of all ages to work at the Warsaw event, in various roles. If you cannot give your time, then please do consider donating via their website. All funds raised go towards providing medical equipment to Polish hospitals and help to improve the medical care provided to citizens.

We’re proud to have sponsored merchandise for the Grand Finale such as mugs, pins and mirrors – all in aid of a fantastic cause. And be sure, the tragic events of last week will not put a damper on our spirit to keep giving back. If you’d like to find out more or get involved, you can get in touch.