What languages can you hear in Poland?

What languages can you hear in Poland? 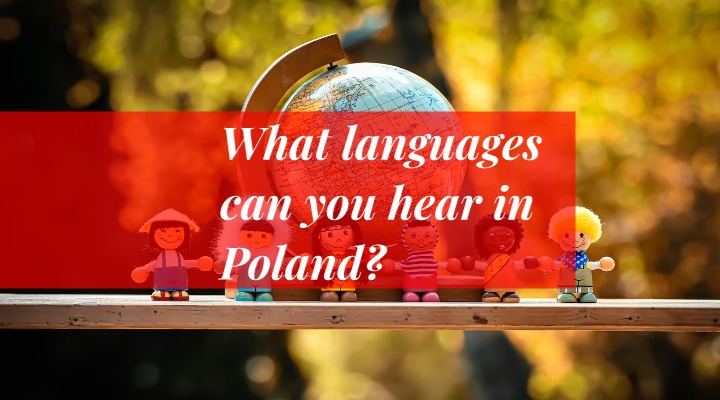 The simplest answer to the title question would be Polish. That’s apparent. However, Polish is not the only language you can hear in our country. Since Poland joined the European Union in 2004, the number of members from other nations living in Poland has significantly grown. In today’s post, we are going to take a close look at this issue. What foreign nationals live and work in Poland? How many of them are there? Let’s find out!

According to Prawo.pl[1], there are over 460 000 foreigners in Poland who have valid residence permits (as of 31 December 2020), and this number is growing steadily: 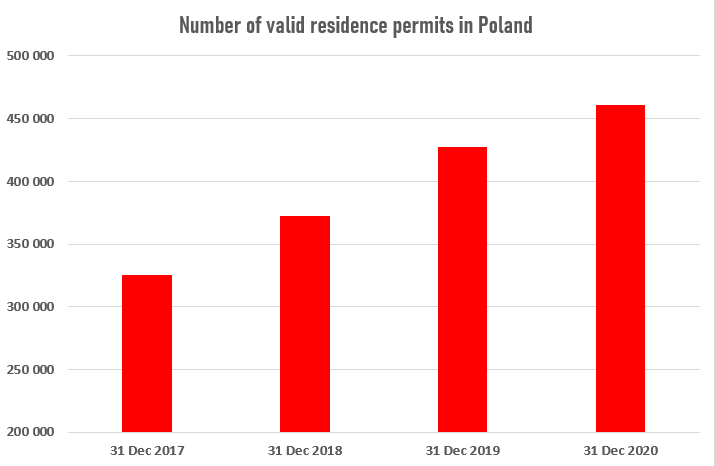 This group comprises people holding both temporary and permanent residences. Here’s what it looks like in numbers (unfortunately, we couldn’t get precise information concerning the missing 4%):

A bit different data is provided by the Polish Social Insurance Institution (ZUS). According to them, in April 2021, the number of foreigners that reported to social insurance exceeded 780,000. Ukrainian citizens constitute over 75% of this group.

Based on that data, we can draw the conclusion that the list of languages you can hear in Poland comprises primarily:

Of course, this doesn’t mean that there are no members of other nations in Poland. Unfortunately, there is no current data available – the last census was conducted in Poland in 2011. The next one is happening right now and should be finished by the end of September. However, we’ll have to wait a bit longer to see its results.

If it’s any indication, at that time, there were 168,800 people living in Poland who were speaking ONLY a foreign language. Among them, we can distinguish the following languages:

Of course, today, these numbers would be significantly different. We’ll try to update this post as soon as the results of the 2021 census are publicly available.

According to another Polish business website, Money.pl[2], in June 2021, as many as 863,000 foreign citizens paid Polish health insurance. This means that they have a significant influence on the Polish economy. Credit Agricole analysts say that they contribute to up to 3% of the Polish GDP (up to 60 billion PLN).

In many instances, more foreigners translate directly to foreign companies. And this is where our role begins. If you run a company in Poland (or you’re thinking about entering this market), we invite you to drop us a line. Aploq Translations is a company made of Polish native speakers. We provide a wide range of language services, from translation and localisation to interpreting and proofreading. If you need to translate your texts, marketing materials, or your website to Polish – we are at your service!