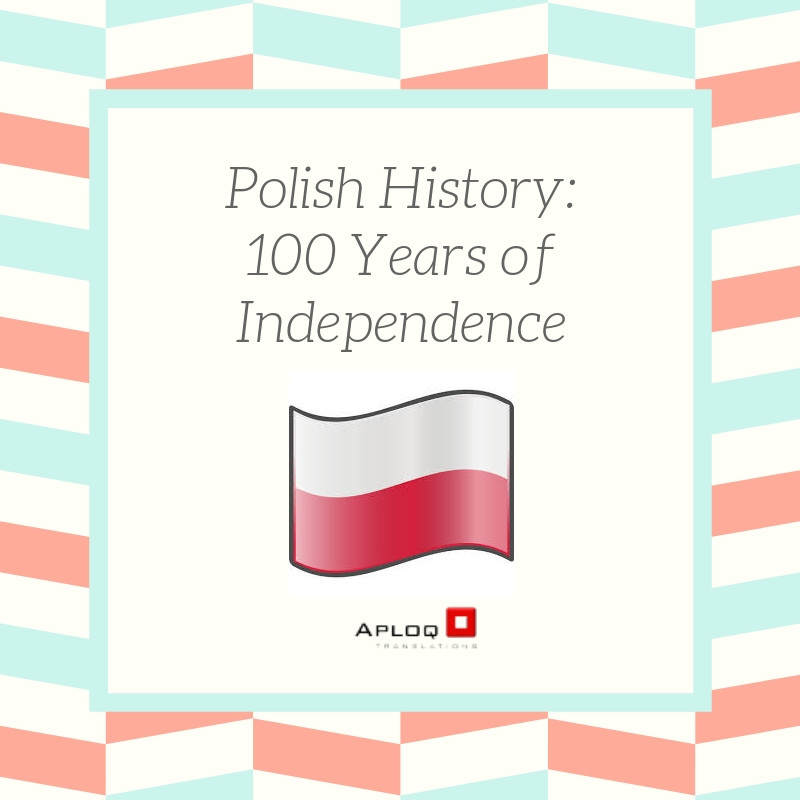 On 11th of November 2018, a proud Poland will celebrate our 100 year anniversary since re-gaining our independence following an incredible 123 years of occupation and division. Polish history is both long and rich in historical relevance, with many considering ours to be a story of incredible endurance and an unending desire for freedom. For our countrymen and women, it’s been a long road to get to where we are today; one of Europe’s fastest-growing economies, being the only EU nation to avoid a recession due to the global financial crisis.

In just under 30 years, our economy has more than doubled with a massive jump from 32% to 60% GPR per capita, making ours the eighth largest European economy, as well as, the largest of the entire Eastern Bloc. These days, our thirst for more shows no signs of waning and our once meagre market is poised to become an economic powerhouse in the next decade, with a stable democracy and a dedication to hard work that has become synonymous our national identity.

So, that’s where we are now, but how did we get here? Here’s some Polish history! The first Polish state was formed as far back as 966, and for a long time was a dominant presence in what is now modern Europe, even being the largest country in Europe during the years of the Polish-Lithuanian Commonwealth.

This union of states, while officially equal, was dominated by Poland with the King of Poland also being the Grand Duke of Lithuania. Interestingly, a monarchy though it was, the political system in practice during this time has been considered an impressive precursor to today’s democracies by implementing a power balance between the reigning monarch and the nobility by utilizing ‘sejm’, essentially legislature to create a constitutional basis for the rule of law within the state.

Within the Polish-Lithuanian Commonwealth, citizens enjoyed an unusual for the time period freedom of religion, as well as, tolerating a great deal of ethnic diversity without issues that have been prevalent within many other states worldwide.

Wars, Partitions, and Strength of Will

Despite Poland’s undeniably promising beginnings, we’ve suffered more than our fair share of hardships, occupations, and partitions. After numerous wars, and political upheaval the state was invaded and ultimately divided up in the late 1700s, not regaining the status of an independent state until the end of World War I, some 123 years later.

What makes this particular independence anniversary so close to the hearts of Poles and Polish history, is the sheer perseverance that this belaid of our nation; managing to preserve our cultural identity, language and strong sense of community for over a century of forced partition.

Even with an outright ban on Polish and a struggle that was passed down through generations, we emerged as resolute as ever, to retake our rightful place on the world map once again. Upon achieving independence, Poland’s new Chief of State Józef Piłsudski declared the Second Polish Republic and within the same year, women gained the right to vote, the centennial anniversary of which we also celebrate in 2018.

The Path to Modern Poland

In the two decades between 1918 and 1939, Poland saw incredible growth, both politically, economically and socially. However, with the rise of Nazi Germany in the late 1930s, Poland was once again invaded on 1st September 1939, and though both Poles fought resolutely alongside the Allied forces during one of the darkest chapters of not only Polish history but human history, culminating in the deaths of more than 6 million Polish citizens. Of the devastating 6 million Jewish victims of the Holocaust perpetrated by the Nazis, more than 4 million were Polish.

Following World War II, Poland found itself under communist Soviet occupation for a further 45 years. It was not until the fall of the Iron Curtain in 1989, that, for the final time we once more emerged independent as the modern democratic state of Poland that we are today. Now proud members of both the EU and Nato, our prominent voices are heard among the most influential nations of Europe, and across the globe. And that is something to celebrate.