Poland is such a visually impressive country, but its so often overlooked as let’s be honest – eastern Europe isn’t everyone’s no1. holiday destination. We’ve previously written about Wroclaw and the Best polish phrases to use on holiday. To expand on this, this week we’ll be looking at the 7 of the lesser seen spots Poland has to offer.

Zalipie – the cutest village ever! 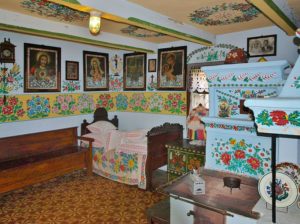 In eastern Europe, it’s really normal to have a little cottage in the country that you visit every weekend during summer. If you ever road trip through villages in Europe, you’ll probably see them and think nothing of them. Zalipie (Pronounced “Zal- i-pie” ) takes such pride in their summer cottages that the locals have taken great pain-staking pride in painting everything with simple yet beautiful floral designs. No surprise that its home to the well-known artist  Felicja Curyłowa.

What was once a series of abandoned mines has been drastically changed into a place of natural beauty. When the mine was closed, the decision was made to turn the quarries into a public area due to the vast amount of surrounding forests. The scenery was further enhanced by allowing the natural minerals that were exposed during the mining process to color the waters, hence the name. Depending on the time of year that you visit, you can see three wonderfully coloured man-made lakes, which are the ideal secret retreat for summer breaks. Don’t let the color of the water fool you, it’s perfectly safe to drink, and even better for swimming in on hot summer days. This is a road trip must and located just outside of Wieściszowice if you were wondering. 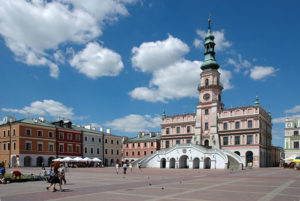 This beautiful little city is known as the “Pearl of the Renaissance” as its one of the few surviving renaissance towns. It was built in accordance with some of the best Italian architects of the period to be the “ideal town” and that it truly is. It’s located in southeastern Poland it forms the southern part of the Region of Lubin. The town founder had three ideals in mind – an urban area for living, residential area and finally a fortress for protection.

Sandomierz – One of Poland’s oldest cities 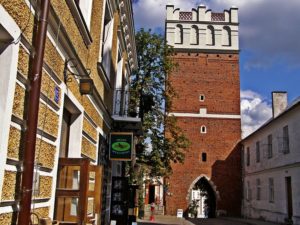 While you’re in southeastern Poland, another must-see town is Sandomierz (Pronounced “Sandohmee-ehrzh”). The City dates back to the 13th century when the original town had been burnt down on three separate occasions by invading forces from the East known as the Taters. It was after the third time that the High Duke of Sandomierz decided on refounding the city, this time building it in from brick and stone as you see it today. 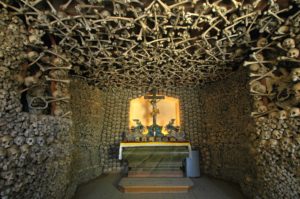 If ever there was a road trip must see, this is it! This very ordinary looking church is home to the skeletons of over 24,000 people. You’d probably assume they’re located around the back in the graveyard, but no, all 24,000 have been used to decorate the church interior. This is the result of a Czech priest and gravedigger effects which took over 18 years to put together. Built at the end of the seventh century, the priest and gravedigger took advantage of the many wars and disease in the region and often spent weekends looking for mass grave sites.

At least all of their work hasn’t gone to waste, the church is still open to visitors. If you’re brave enough that is!

This is our last secret spot of lesser seen Poland, which is perfect as it lies just between the skull church and the border of the Czech Republic. Kudowa is one of Europe’s oldest spa towns dating back to the 1600s. The Mineral water in the town is famous for its healing properties and curing disorders of the heart. But let’s face it, if you’re doing a road trip with your partner and he’s dragged you to the church of skulls, you deserve to spend a day here!

Located nearly a mile underground the mine 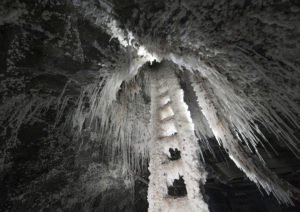 spans for miles underground with added value for money that the tour last over 2 hrs, bringing through the development of the mining process and displaying how the traditional methods worked. Towards the end of the tour, you enter the cavern which was hand carved by one of the workers. If you’ve got a few thousand euro to spare you can book it as a wedding venue and it’s worth every penny once you see it in person.